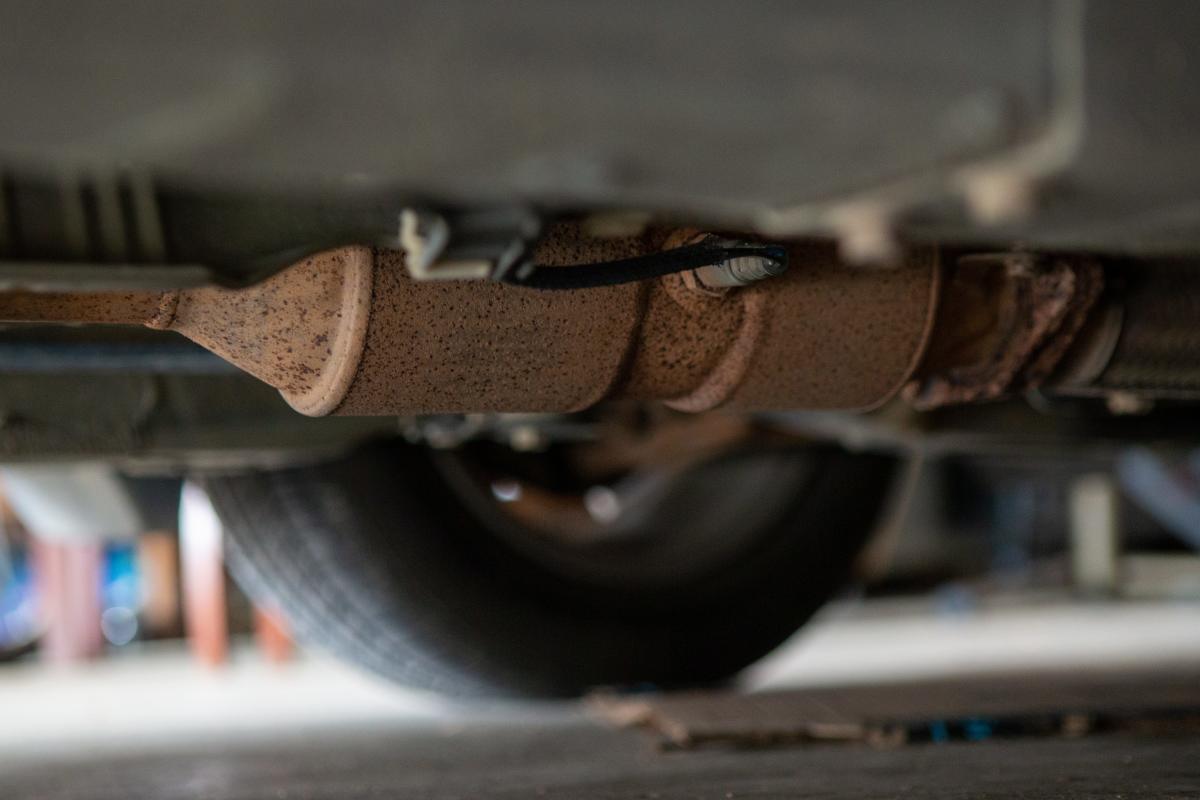 Catalytic converters can be stolen from the underside of a vehicle “in a matter of seconds,” says a proposed ordinance being considered by the Topeka City Council.

That measure is aimed at helping slow down a surge in catalytic converter thefts the city has seen in recent years.

The proposal would make it a misdemeanor for anyone to possess a catalytic converter that has been detached from a motor vehicle — unless they can prove they have a legitimate reason for it.

What would need to happen for the proposal to take effect?

The city council plans to discuss the proposal when it meets at 6 pm Tuesday in its chambers at 214 SE 8th, and to consider approving it during its 6 pm meeting Jan. 17 in those chambers.

Votes from five of the nine council members would be required for approval.

If the measure were approved, Mayor Mike Padilla would have the power to veto it.

More:These were Topeka’s 2022 homicide victims. They ranged in age from 6 months to 81 years

How much have catalytic converter thefts risen here?

The proposed ordinance would be “a crucial piece to positively impact, specifically and proactively, the theft of catalytic converters in the capital city,” Wheeles said.

“These thefts have significant repercussions on the citizens and organizations whose vehicles are damaged, and often disabled,” he said.

The number of catalytic converter thefts reported to Topeka police rose from five in 2019 to 84 in 2020 and 123 in 2021, said Gretchen Spiker, the city’s communications director.

Why are catalytic converters being stolen?

The catalytic converter is part of a vehicle’s exhaust system. It converts pollutants into harmless gases, according to cars.com.

Catalytic converters are being stolen because of the precious metals insidewhich includes small amounts of platinum, rhodium and palladium.

Catalytic converters are accessed from beneath the vehicle and are located between the engine and the muffler. They are often taken from large vans and trucks owned by churches, businesses and charity organizations.

Thieves tend to target taller vehicles because they can more easily fit beneath the vehicle to access the catalytic converter, according to the website The Spruce.

The proposal being considered by the council is modeled after one approved late last year by the Wichita City Council.

The proposal says catalytic converter thefts are on the rise “because of loopholes in legislation protecting criminals from prosecution unless a victim can be identified” and “due to the ease and undetectable nature of committing the thefts in a matter of seconds using common tools such as a reciprocating saw.”

“The majority of all catalytic converter theft cases in the city of Topeka have gone unsolved, which is fundamentally unacceptable for the citizens,” it says.

What would the proposal do?

The proposal would consequently make it illegal for anyone to “possess, accept, process, store, hold, keep, receive, reuse or collect a catalytic converter that has been detached from a motor vehicle unless they can demonstrate a legitimate reason for such possession. “

Spiker said the measure would specifically allow for detached catalytic converters to be possessed by people who:

• Are recyclers or precious metal dealers, or city officials or law enforcement personnel disposing of the converters.

• Possess a bill of sale for the part or the vehicle involved, and contact information for the seller.

• Have a letter from the Topeka Police Department allowing them to possess the converter.

• Have an order to perform work that requires removing the converter.

Topeka Municipal Court judges would ultimately decide whether those charged with violating the ordinance have a legitimate reason to possess a detached catalytic converter, Spiker said.

More:New home found for Topeka’s Let’s Help, which is being displaced by the I-70 viaduct project

What would the penalties be?

The proposed ordinance calls for those convicted of violating it to be sentenced, upon their first conviction, to be fined between $200 and $1,000 and to serve up to six months in jail.

Those convicted of violating the ordinance a second time would be sentenced to between 30 days and one year in jail, and fined between $500 and $2,500.

The proposal would call for police to confiscate catalytic converters from anyone thought to be violating the ordinance until “legal ownership may be determined or any criminal charges are adjudicated.”

If the defendant were found guilty or received diversion or a deferred judgment, the converter would be forfeited to the city to be sold, destroyed or — if it was stolen — released to the rightful owner.