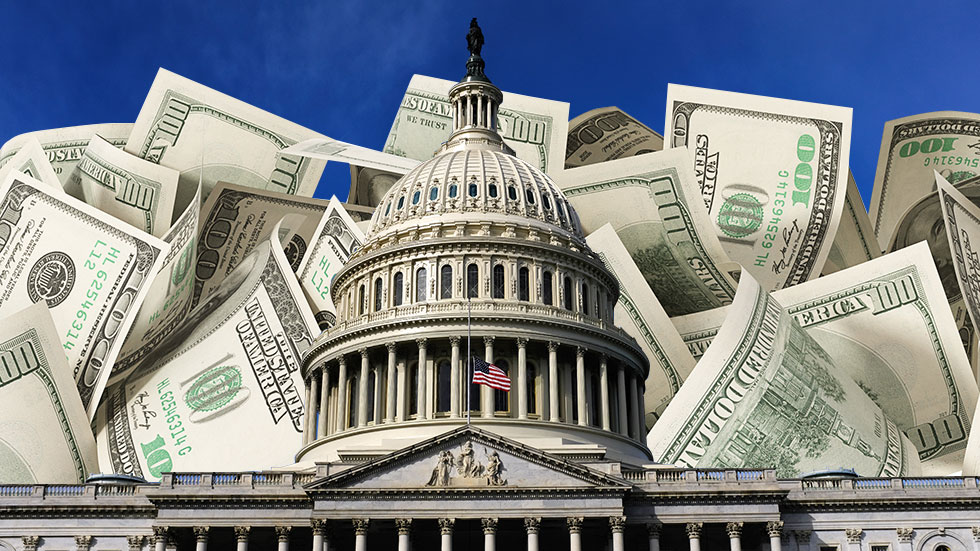 House Republicans seem determined to give President Biden a much bigger role in our nation’s budget than the Founders intended.

The looming federal “debt ceiling crisis” is a false emergency intended to allow House Republicans to dictate spending policy to the rest of the government by threatening to default on our debt. Most commentary on the looming crisis focus on the very real damage such a default would do to the US and world economies as well as the many terrible collateral effects (handing world leadership to China, loss of the dollar’s position in international finance, higher interest rates and more). But there is another aspect to this crisis few seem to have considered.

A prolonged debt ceiling crisis will create a “catch-22,” where no matter what Biden does he would be committing an unconstitutional act (and by doing so, take Congress’s spending authority for himself) because Congress gave him no other choices.

Consider the options facing Biden if Congress does not raise the federal debt ceiling and Treasury Secretary Janet Yellen tells him all legal options are exhausted. Biden must choose one of the following:

Each one of these options would be an unconstitutional usurpation of Congress’s budget power. The president cannot refuse to spend (impound) money Congress directs him to spend. Similarly, generating revenue off the books is also a constitutional violation, as seen in the Iran-Contra affair of the 1980s. Issuing unauthorized federal debt again violates congressional authority.

Legal scholars have suggested that issuing unauthorized federal debt would be the least unconstitutional response because it would violate just one congressional law rather than selectively violating dozens or hundreds of federal laws. Biden would also have constitutional ground to stand on if he took option three and issued debt, since the 14th Amendment, according to some readings, requires the president to avoid default. The constitutionality of the debt ceiling itself has never been established.

While some in Congress might hope Biden would instead make unpopular spending cuts required to balance revenues and expenditures, that is a power given only to Congress. The conservative Roberts court, already keen on trimming executive powermight well refuse to accept Congress surrendering its core constitutional authority, taxing and spending, to a president.

Even if the Supreme Court allowed it, a solution where Biden ends up deciding which parts of government get funded and when would represent a vast transfer of power from Congress to the president.

House Republicans are hoping that before that happens, they get a grand spending reduction deal, like the one they got from President Obama the last time they took the global economy hostage. But Democrats are saying they will not make such a deal again. Given a choice between letting House Republicans dictate the size of government and a constitutional showdown at the Supreme Court, we expect Biden to take his chances with the justices.

And considering it took House Republicans 15 votes and three days to get a Speaker when they were negotiating with each other, is it plausible that a grand deal between Republicans and Democrats on spending cuts will happen before Biden will face catastrophic default decisions? Democrats control half of Congress and the presidency and are unlikely to accept anything remotely like what House Republicans have in mind.

How Congress forces us to cause climate change

In the middle of a chilling crypto winter, US regulators need to turn up the heat

Is this the modern meaning of American conservatism? Taking power over our spending and revenue from Congress and giving it to the president, in particular a liberal like Biden?

Oddly enough, given the path House Republicans are on, that seems a very likely outcome.

Patrick M. (Mike) Condray is a former member of the federal Senior Executive Service and retired USAF Colonel who is researching ways to preserve/improve democracy in the US Jeremy D. Mayer is an associate professor at the Schar School of Policy and Government at George Mason University in Arlington, Virginia.