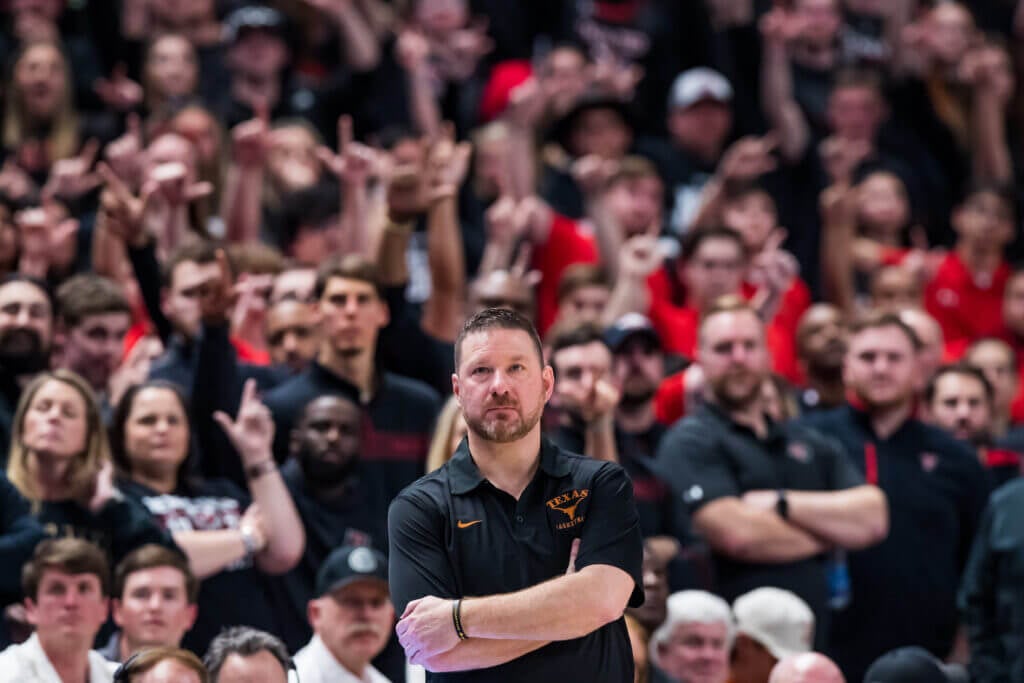 That’s the go-to, right? That the only two people who know what happened between Chris Beard and Randi Trew are Beard and Trew, and trying to make decisions based on that gray area is tricky.

Except, no. It really isn’t. In fact, millions and millions of people in this country make the very uncomplicated decision every day to have healthy, safe, non-physical relationships with their partners. That’s not to say it’s easy. Interpersonal relationships are at the heart of this world spinning on its axis, and they are fraught with challenges. Parent-to-child, friend-to-friend, partner-to-partner, spouse-to-spouse, there isn’t one of us who hasn’t at one time fought with, been frustrated, exasperated, moved to tears by , or wanted to storm out on someone in our lives. It happens.

But we avoid the gray area because there is no gray area; there is a clear delineation between black and white. We stop at the line — maybe even teeter on the edge of it sometimes — but we stop because we remember the very simple lesson taught in toddlerhood: Do the right thing. Not the easy thing. The right thing.

Chris Beard didn’t do the right thing, and that’s why he’s no longer the coach at the University of Texas. It’s that simple. This is not about the legalese of when allegations turn into charges turn into convictions or Trew’s initial account to the police and her turnabout 11 days later. Whether the district attorney chooses to continue the case is immaterial (Beard is scheduled for a hearing on Jan. 18 in district court).

The university made that abundantly clear in its explanation of its dismissal. It was not acting on the portion of its contract clause that allows Beard to be fired for being charged with a felony; it was enforcing the portion that allowed him to be dismissed for unbecoming conduct. As Texas’ vice president for legal affairs Jim Davis wrote in a letter to Beard’s attorney, “Chris Beard engaged in unacceptable behavior that makes him unfit to serve as head coach at our university.”

That’s it. It’s that simple. His behavior is unacceptable. He is unfit. Something happened between a woman and the head basketball coach at Texas that was bad enough that it merited a 911 call, which resulted in a bite mark and scratches on Trew’s body, which gave the police cause to charge Beard with a third-degree felony. And that, Texas has decided, is enough. I was admittedly hard on the administration for its long road to this decision but I applaud the school for not only getting here, but getting here for the right reasons.

I take no great pleasure in any of this. I do not cheer the demise of a successful career, nor do I scream any sort of vindication. The times I’ve worked with and spoken to Beard — as recently as the week before his arrest — he’s always been considerate, professional and engaging. I respected him as a coach, and I liked what I knew of him as a person.

But that doesn’t diminish what happened, or make the inexcusable excusable, even though some would like that to be the case. It’s becoming, frankly, exhausting how everyone rushes to find the loophole for the accused, to protect their rights and ignore the simple rights of a person not to be assaulted. We’ve all become so numb to it all. When the news initially broke of Beard’s arrest, my Twitter mentions were filled with smart-ass jokes that were in poor taste at best, and deplorable at worst.

We have become so inured to bad behavior, that we barely seem to recognize it anymore. Rather than being horrified by the video of Dana White and his wife coming to blows during a New Year’s Eve party, we write it off as some sort of normal drunken behavior. It is not normal for a man and a woman to hit each other. It’s just not.

In its letter to Beard’s lawyer, Texas alluded to the idea that Beard himself did not grasp what he did, that he does not “understand the significance of the behavior he knows he engaged in, or the ensuing events that impair his ability to effectively lead our program.” It is hard to fathom that he could ever envision a way back from this, that he was either that ill-informed, or that arrogant. As soon as that 911 call hit dispatch, his career at Texas was over. It’s more than bad PR or giving trolling opponents the layup of poster boards with Beard in prison stripes.

It’s what a coach is supposed to represent — a leader, a role model, an adviser, a mentor. How could Beard sit across from a parent or guardian and promise to protect, guide and mold their son after that?

Unfortunately, plenty of people read that last sentence and rolled their eyes, amused at the concept of coaches as good people. We’ve gotten lazy there, too. The bad apple thing and all. The truth is, there are plenty of coaches — more than not — who fit that bill. Who develop lifelong relationships with players and guide them long after their eligibility runs out; who keep their office doors open and their phones on if someone needs to talk; who help kids overcome hardships or succeed where everyone else thought they would fail; who offer opportunity over obligation; who do not put their university in the uncomfortable position of defending them or waiting for a felony charge to be dropped so they can get back to coaching a game.

Who, just like millions and millions of ordinary people, wake up every day and decide to do the right thing.

Chris Beard didn’t, and that’s why he’s no longer the head coach at Texas.