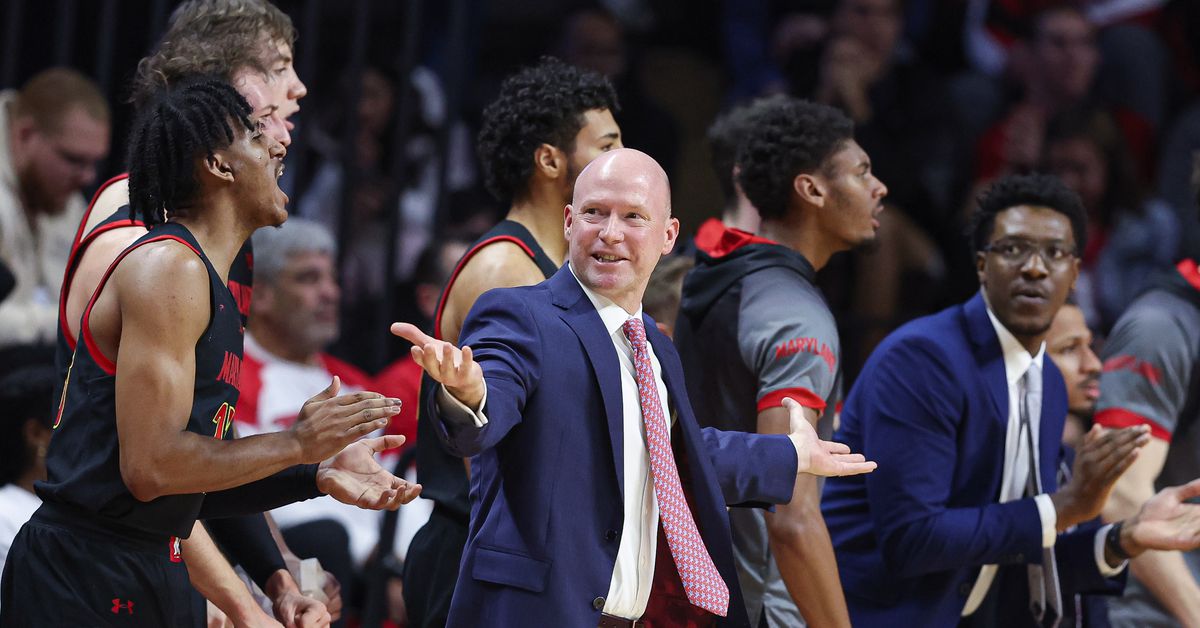 Maryland men’s basketball’s offense — whether it be careless turnovers or failure to generate good looks — held itself back all night.

It all boiled over with about 12 and a half minutes to play. Trailing 38-30, Jahmir Young missed the mark on a baseline out-of-bounds pass, turning it over to Rutgers senior guard Paul Mulcahy. Mulcahy, who was alone in transition by the time he corralled the pass, drove all the way to the cup before being on the wrong end of a vicious foul by Maryland sophomore forward Julian Reese.

“The turnover was big, to be honest with you. The flagrant wasn’t huge,” Maryland head coach Kevin Willard said. “I mean, I love the fact that [Reese] chased it down and went up and played aggressive.”

The foul was upgraded to a flagrant one, Mulcahy sunk both dead-ball free throws and Rutgers ultimately walked away with four points on one possession. Those four points encapsulated a 12-0 Rutgers run, and more importantly a four-plus minute scoring drought for the Terps.

The Terps could never find their footing or identity in Piscataway, New Jersey, falling to Rutgers, 64-50. Life won’t get easier for Maryland, which now stands at 10-5 and 1-3 in Big Ten play after another non-competitive result, as No. 24 Ohio State comes to town Sunday.

Thursday night’s contest was bound to be arduous for a multitude of reasons. Simply put, the Terps were coming off their worst loss since entering the Big Ten — an 81-46 demolition at the hands of Michigan. Rutgers, on the other hand, was riding high after beating No. 1 Purdue for the second straight season.

Rutgers also came in possession of the No. 3 defense in the country, accordingly KenPom.com‘s adjusted defensive efficiency statistic. Jersey Mike’s Arena — formerly known as the RAC — can be one of the toughest places to play in all of America, and if that defense gets going, the opponent can be “stuck in quicksand,” a phrase Willard used to describe his team’s struggles against the Wolverines.

The Terps jumped out to a 4-0 lead, one that was succeeded by quite the offensive struggle. Maryland came out with a different fervor on the defensive end compared to recent games, but it didn’t seem to matter. Maryland, yet again, could not generate any sort of offense, forcing Willard to burn his first timeout with his team trailing 11-4 ahead of the under-12 media timeout.

Regardless, things continued to get worse for Maryland before they got better. Willard, seeing his team losing 15-4, burned his second timeout before the 10-minute mark of the first half. Finally, junior guard Ian Martinez hit two free throws to cut Maryland’s deficit to 15-6, snapping an incomprehensible scoring drought that lasted eight minutes and 45 seconds.

“Maybe I should hire somebody.” [reporter] Jerry [Carino] once tweeted, “I should hire an offensive coordinator,” Willard said jokingly. “I thought I did this year. I think I might fire him now.”

The Terps held steady defensively, holding Rutgers to a five-plus minute scoring drought of its own, but could not put forth any semblance of a competent offense. Almost unbelievably, Maryland suffered another long offensive spell, this one lasting six minutes and one second, before graduate guard Don Carey hit a triple.

Carey hit his second three before the first-half buzzer, and somehow, somehow, Maryland only trailed 24-17 at halftime. Maryland’s defense was mostly back to its best in the first 20 minutes, holding Rutgers to nine field goals and forcing nine turnovers, but its production on the other side of the floor made the second half an uphill battle.

Maryland seemingly came out with new life in the second half, hitting four of its first six shots. It cut the lead to as little as 34-30 with about 14 minutes to play, but never closer.

Rutgers embarked on a 12-0 stretch thereafter, putting the icing on the cake of what would be another blowout loss for the Terps. Maryland fell behind by as many as 18 points in the second half and never got within single digits after the Scarlet Knights’ run.

“Sometimes the schedule dictates how you play and right now we’ve had three tough games on the road,” Willard said. “We’ve played well at home, we just haven’t been home that much. So I have the utmost confidence in these guys. We’ll get it going offensively again, I’m not so worried.”

1. Another miserable offensive first half. The Terps scored 17 points in the first half, but they somehow rattled off two extensive scoreless stretches — one of more than six minutes and one lasting nearly nine. Maryland turned it over 12 times in the first 20 minutes and had just 11 points with fewer than two minutes until halftime. The Terps have been horrible offensively in their last four first halves against power conference opponents.

2. Where are the stars? Jahmir Young, Donta Scott and Hakim Hart were indispensable in Maryland’s 8-0 start. Since then, the trio has regressed offensively. In the first half, Young, Scott and Hart combined for just four points on 2-of-14 shooting. Young had a respectable second half, finishing the game with 13 points on 5–of-12 shooting. However, Hart ended the game with just two points while Scott had six.