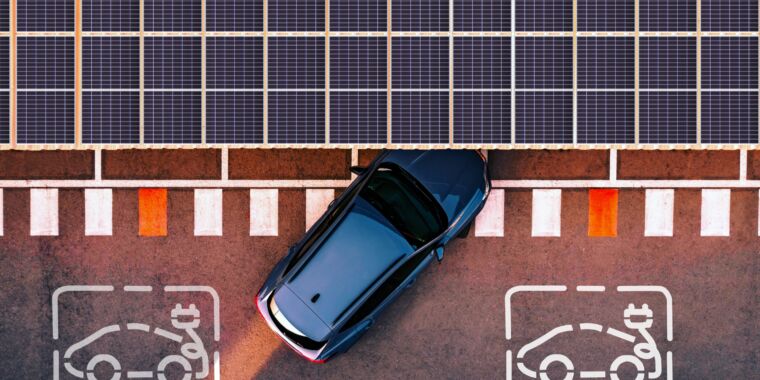 Skepticism about electric vehicles—and there’s a lot of it out there—is really more of a concern about infrastructure than the EVs themselves. After all, EVs are more efficient, quieter, more refined, and usually much quicker than an otherwise-identical fossil-powered vehicle. But the charging problem is not something EV advocates can dismiss as a simple inconvenience.

While it’s true that most EV owners recharge their EVs overnight at home, as adoption increases, EVs will be purchased by people without garages or carports from which to charge, increasing the importance of widespread and reliable public chargers. And we’ll need many more public chargers, according to a report from S&P Global Mobility.

As regular readers will no doubt be aware, there is plenty of investment going into charging infrastructure. In March 2021, US President Joe Biden set a goal of adding half a million new EV charging stations by 2030. In 2022, President Biden followed up with a $5 billion plan to build DC fast chargers along the interstate highway network, with at least four chargers every 50 miles.

The money won’t be spent on a federally owned and operated charging network; instead, it will be disbursed to the states to be spent by their departments of transportation. An additional $2.5 billion will be made available through discretionary grants to build charging infrastructure in rural and underserved areas.

The car industry isn’t exactly ignoring the problem, either. In addition to Tesla’s Supercharger network and Electrify America (which is backed by Volkswagen Group), Volvo plans to install fast chargers between Seattle and Denver; General Motors is in the process of adding 5,250 fast chargers around the country by 2025 (plus another 40,000 level 2 (240 V) AC chargers); and last week, Mercedes-Benz revealed that it is installing more than 2,500 fast chargers around the country by 2027.

The chargers will be in addition to those currently in operation, which include 126,500 level 2 chargers20,431 level 3 DC fast chargersand an additional 16,822 Tesla Superchargers, according to S&P Global Mobility. While earlier assessments found the US on track to meet its 2030 charging goals, S&P is less optimistic.

“With the transition comes a need to evolve the public vehicle charging network, and today’s charging infrastructure is insufficient to support a drastic increase in the number of EVs in operation,” said S&P Global Mobility analyst Ian McIlravey.

The report identifies three technologies with the potential to ameliorate some of this problem. Wireless charging is one of them since it removes one pain point from the recharging process. Battery swapping is another, albeit one that will require some degree of standardization among automakers and a subscription model for the packs. At-home DC charging is the third; these operate at lower kW levels than public fast chargers but are still between 5-10 times faster than AC charging. Unfortunately, the cost of such wallboxes is currently prohibitive for most of us, as they appear to cost 10 to 20 times as much as an AC home charger.

“For mass-market acceptance of BEVs to take hold, the recharging infrastructure must do more than keep pace with EV sales,” said Graham Evans, S&P Global Mobility research and analysis director. “It must surprise and delight vehicle owners who will be new to electrification, so that the process seems seamless and perhaps even more convenient than their experience with gasoline refueling, with minimal compromise on the vehicle ownership experience. Developments in battery technology, and how quickly EVs can receive power, will be as critical to improvements here as how quickly and abundantly infrastructure can provide the power.”

Of course, simply installing chargers and hoping for the best won’t be sufficient. Uptime—at the charger level as well as the site level—needs to improve far beyond its current poor state if companies want EVs to truly go mainstream.