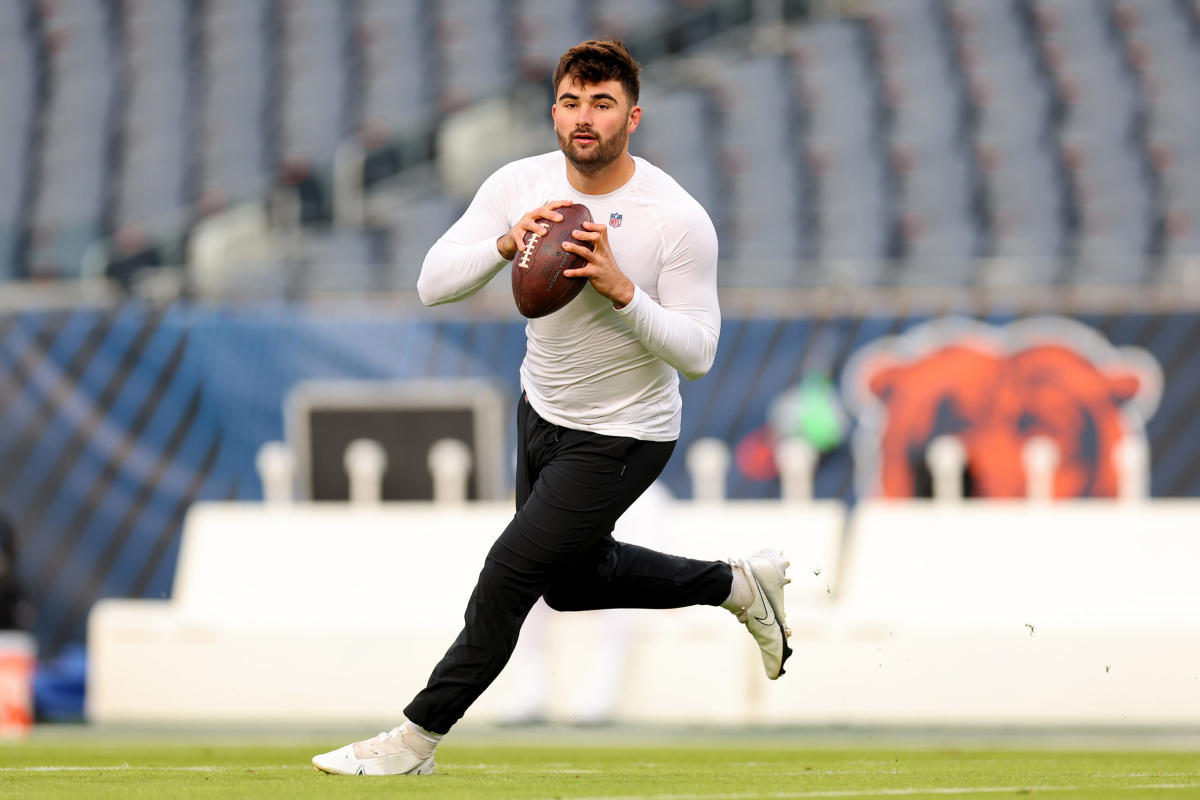 From the moment the Green Bay Packers defeated the Minnesota Vikings last Sunday, the Washington Commanders were moving on to 2023.

As a result of their embarrassing loss to the Cleveland Browns in Week 17, the Commanders were officially eliminated from playoff contention once the Packers took care of the Vikings. What a difference a month makes. He Nov. 27, the Commanders were 7-5 and sitting pretty in the NFC playoff race.

Now it’s about evaluating some young players as the Commanders look to 2023. Chief among those evaluations is rookie quarterback Sam Howell. After initially planning to start Taylor Heinicke at quarterback in the Week 18 finale against the Dallas Cowboys, head coach Ron Rivera changed his mind after speaking with players, including Heinicke, and turned to Howell.

By looking at Washington’s injury report this week, Rivera is planning to evaluate much more than Howell.

We’ve picked five Commanders to watch in the season finale who could play an increased role in 2023.

The evaluation process begins with Howell. Washington always wanted to see Howell get some action this season, but the time was never right. Once they were eliminated from playoff contention, there was no other choice but Howell. The Commanders aren’t going to be reaching any grand conclusions — good or bad — about Howell after one game. He will face a terrific defense. However, a strong performance from Howell could go a long way to Rivera determining if he could compete with a veteran, such as Heinicke, to start in 2023. Howell has excellent tools; the key for him is improving the fundamentals and mastery of the offense.

There is really nowhere to go on the depth chart for second-year wide receiver Dyami Brown in 2023. He is not going to surpass Terry McLaurin, Curtis Samuel, or Jahan Dotson. However, Samuel’s skills allow him to be used in various roles, meaning Brown has a chance to increase his playing time in 2023. During their time together at North Carolina, Brown had 1,000 yards receiving in his final two seasons with Howell as his quarterback. The pair are close and have a strong connection on the field. It will be interesting to see how much Brown plays Sunday. If he plays significant snaps, he could put up big numbers catching passes from Howell. Brown has a lot of potential. Look no further than his performance in Week 5 vs. a good Tennessee defense.

Outside of Howell, rookie guard Chris Paul is someone with the most to play for in Week 18. Have you seen Washington’s guards in 2022? While a strong game may not win Paul a starting position in 2023, it will show coaches that he’s progressed and should be in the mix for a role next season. Paul is big, strong and versatile. Rivera has praised Paul multiple times this season unprompted. The coaches like Paul. He has a significant opportunity against the Cowboys.

There’s a good chance that Pro Bowl defensive tackle Jonathan Allen doesn’t play Sunday. He shouldn’t, as there’s no reason to risk further injury. That means rookie fifth-round pick John Ridgeway could see a significant number of snaps next to Daron Payne. Ridgeway, who was claimed off waivers from Dallas in September when the Cowboys needed a roster spot, has been a shrewd pickup. Ridgeway has shown he is a capable run-stuffer and the perfect complement behind Allen and Payne. If Payne leaves as a free agent in the offseason, Ridgeway, along with second-round pick Phidarian Mathis, will be a big part of the defense in 2023. Coaches would love to see Ridgeway have a big game in the finale.

It looks like safety Kam Curl will miss his third consecutive game Sunday. And, like Allen, there’s no real incentive for the Commanders to play Curl, one of the team’s cornerstone players. Veteran Jeremy Reaves has filled in for Curl for the last two weeks and played well. However, we know who Reaves is, and he’s good. Really good. The Commanders should consider signing him to a multi-year deal in the offseason. But Washington should line up rookie safety Percy Butler alongside Darrick Forrest Sunday. Sure, he’ll make mistakes, but this is the time for him to play through his mistakes. Butler is a fantastic athlete and, like Reaves, has already made his name on special teams. Now, Butler needs to show what he can do on defense. Butler is fast, physical and fun to watch.